The Plastic Musik evolution began in early 2002 upon Jeremy Price's discovery of 'Boom Whackers'. Jeremy, an accomplished drum instructor, found the tubes on a break between students. Fascinated with the concept, he handed a whacker to every available teacher, associate, and patron of the shop where he taught and proceeded to conduct a cumbersome version of Ozzy Osbourne's "Crazy Train". Alas, Plastic Musik was born. Unaware of how consuming the idea would become, Jeremy called former student Sean Deel and former bandmate Kenny "Bomp Pop" St. Clair to lay the ground work for a group that would eventually have nearly 20 members and tour the U.S. and beyond multiple times over.

Price, St.Clair, and Deel experimented with numerous playing surfaces for the tubes but found plastic to be the best sonic option due to their quiet nature. Next stands were constructed for the tubs and a bar was attached to play the Boom Whacker for its melodic property. The trio arranged three pieces; Triad, Half Step, and Frere Jaques. The first two (original) are still performed at most shows to this day. Price understood the melodic factor to be what would make the group unique. The arrangements for the first pieces came together quickly but the technique took more time. The lateral motions, tube-switching and intervallic awareness they cultivated became the foundation for what it would take to perform these pieces comfortably. Originally dubbed "Drastic Plastic", the trio set out to busk at a local fair and drew masses of people for the next two weeks! They we're approached immediately by several carnival coordinators and offered "deals" to develop the concept.

Patiently contemplating what to do next, Price continued teaching and playing drums until he was hired to perform in the Off-broadway, international sensation, STOMP. It was here that Price learned the ins and outs of theatrical performance and became comfortable entertaining beyond a musical level. It also afforded him the time to write, arrange and provide a moderate financial backing to develop Plastic Musik. Price eventually conceptualized the Human Piano approach for the group. "I wanted to pull off more melodically complex arrangements and three people just wasn't enough. A piano player has ten fingers so I concluded we need ten arms…or five people. Any more could make it less exciting and difficult to tour".  On the rare occasion Price had downtime from Stomp, he'd fly home to rehearse his newest arrangements for Plastic Musik. He called on dear friend and highly acclaimed marching percussionist,Teddy Holcomb, and younger brother, Justin Price to complete the quintet. As the group grew, Deel and St.Clair found other opportunities and temporarily parted ways. Two of Teddy Holcomb's former students, Andy Burnette and Chris Kendrick would step in to finalize the line up.

In 2006, nearing the end of Price's 3rd year with Stomp, the newest cast of Plastic Musik auditioned at Busch Gardens, Tampa Bay and landed a 9 week performance contract! Plastic Musik, as a company, came to fruition and produced it's first show entitled "DRASTIC PLASTIC". Oddly enough, St.Clair had moved to Tampa sometime before the audition and returned to the company as soon as rehearsals began in Florida. It was here that the group truly refined techniques, expanded repertoire, and trained each other to "swing" roles giving Price the opportunity to step out and direct the group from an audiences persecutive.

Plastic Musik returned from Florida with the platform necessary to move the show forward. Craig Ramsell, the inventor of BoomWhackers had caught wind of Plastic Musik, flew to see the group live, and eventually brought them to Sedona, Arizona to perform and discuss development. In the midst of all this, Holcomb replaced himself with another standout student, Josh Meadows, so he could pursue teaching opportunities and start a family. Before a development agreement could be reached, Plastic Musik landed a spot on season three of America's Got Talent and chose to hold off on any investment opportunities. As the group progressed through the show they were eventually presented with a contract that seemed largely confining, intimidating and counterintuitive to it's progress. The quintet denied the contract and moved to Las Vegas on it's own device where Price had been subbing as a performer in Stomp's Las Vegas production, STOMP OUT LOUD.

Two years in Vegas led to much experimentation with props, music, and newer cast members. The group found itself in negotiations for it's own Vegas production within months of relocating. Sadly, this fell through but progress didn't stop. A year later Plastic Musik signed with a college agency and began showcasing all over the country. In late 2009, Plastic Musik booked more college shows than any other showcasing act and preparation for tour began. Kenny (Bomb Pop) St.Clair was moved to an auxiliary position as a D.J./ Keyboardist to assist in the hour long production that was to hit the road. It wasn't long after the first tour before Plastic Musik cracked into the Performing Arts, Corporate, Festival and Symphonic markets.

Plastic Musik continues to develop without external funding. After numerous deliberations, remaining a self sufficient operation has become an integral part of what the group stands for. Most recently, PM has been working on a much larger performing arts program and a consolidation of all it's branches that could be performed in clubs in an effort to share it's song with more audiences. PM is also developing campaign strategies for several worthwhile causes. Advocating music education and its subsequent funding is at the forefront of these campaigns. Several of PM's cast members including it's founder are products of ill-funded music programs. " Creativity isn't exclusive to the fortunate. Imagine what less fortunate kids could create if given the tools. Everyone deserves the opportunity. We've worked extremely hard and it's paid off. Now it's our responsibility to help others have a shot at expressing themselves" says Price

The heart and soul of PM's performers and the faithful energy of a few EXTREMELY special people were absolutely paramount to the groups progress. Plastic Musik remains grateful for the chance to grow and share. "We are forever indebted to good souls that have helped along the way." says Price. 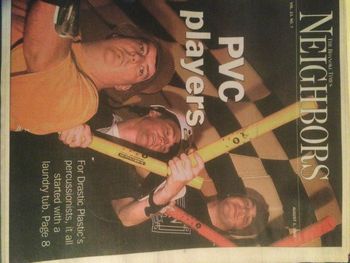 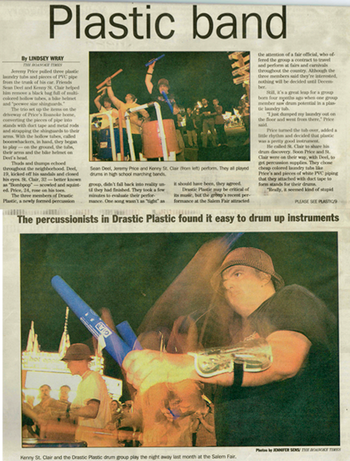 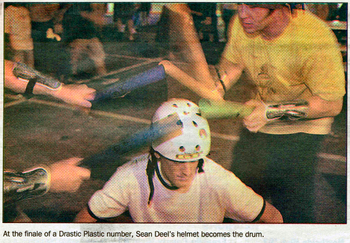 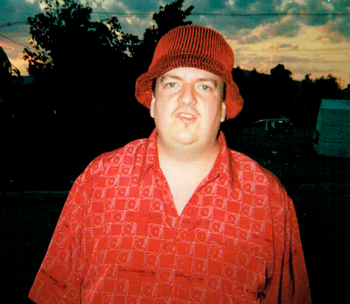 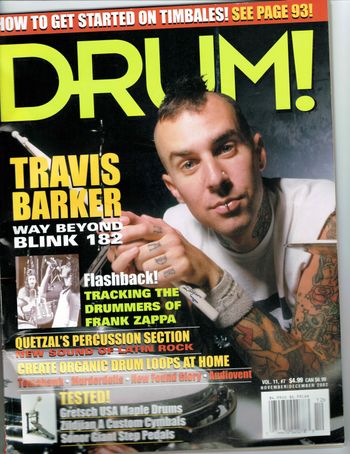 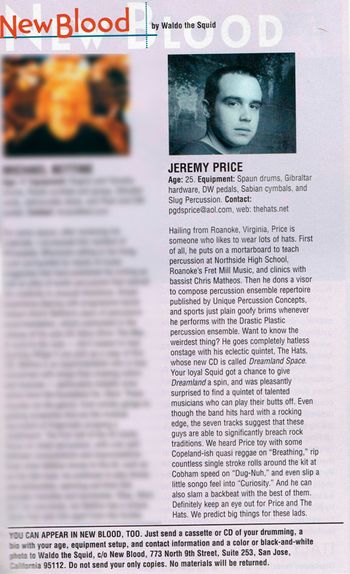 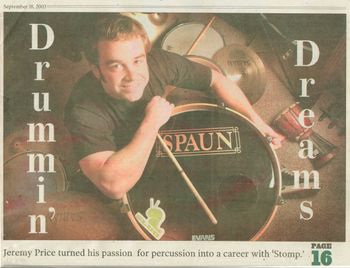 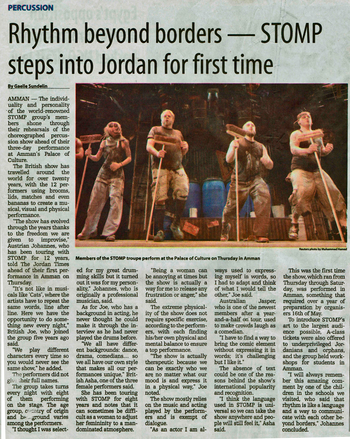 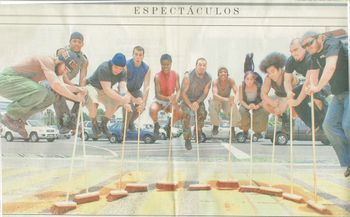 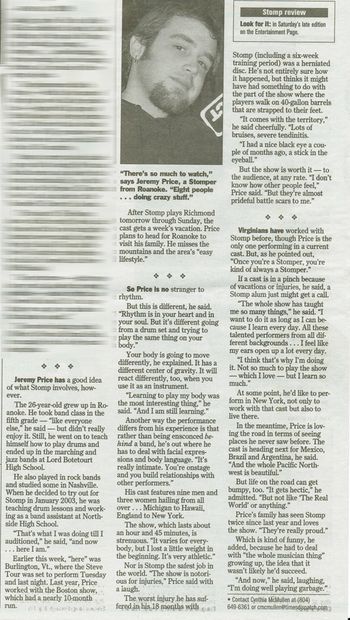 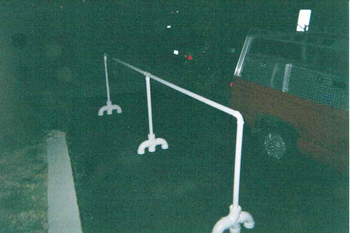 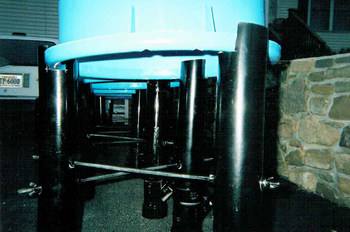 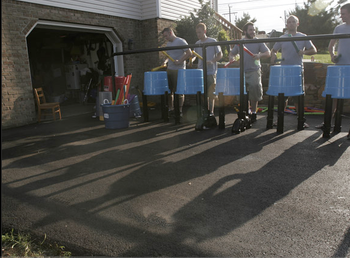 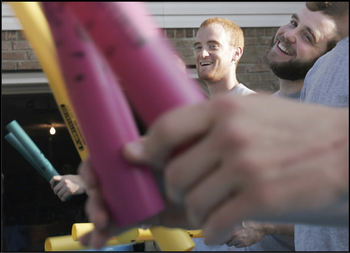 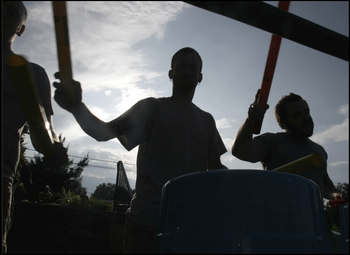 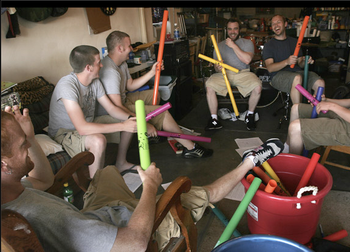 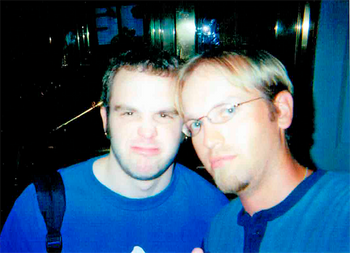 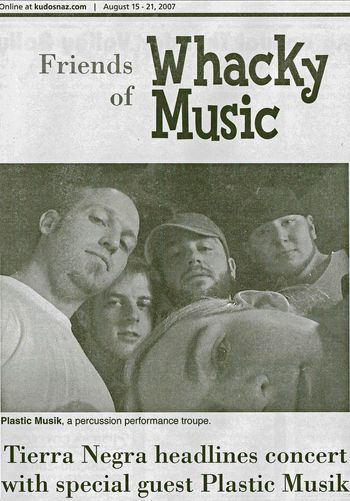 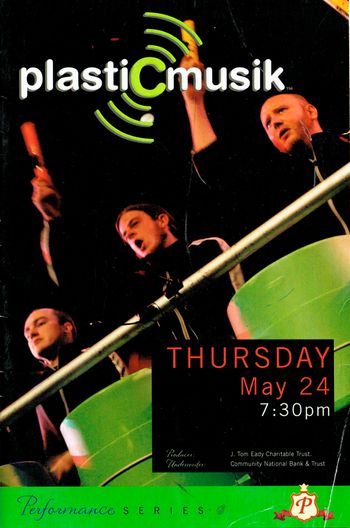 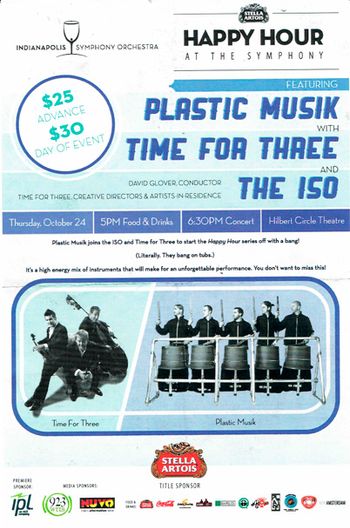 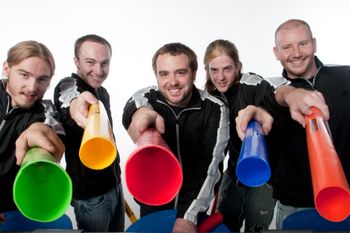